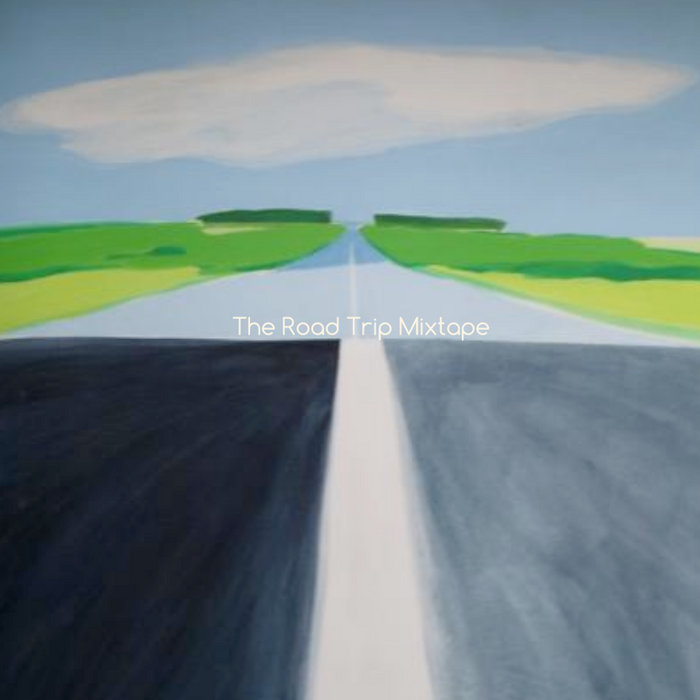 Three years ago, I started writing songs for The Road Trip Mixtape. The album name and concept - to travel across the U.S. and record a playlist of original songs with guest musicians from around the country - came early, following the writing of “Hocking River” and “Road Home”.

I continued writing songs, and raised $1,000 dollars on Kickstarter by April of 2013. I left my job as a bank teller and went on the road for a month, during which time the first six songs of the album were recorded. I landed in Philadelphia with my friend Ted, where I stayed and looked for new work. Eventually, I landed a job ghost writing in New York.

The job change took me from one friend’s couch to another’s floor. I eventually found an apartment in Bedford Stuyvesant with two young artists, who were gracious enough to leave a room open as my studio. I continued to record and meet with artists when I could.

Near the start of the new year, I felt an obligation to leave my writing job. I did so, and found myself unemployed. The first few months of 2014 were spent between Bed-Stuy and Athens, Ohio, where my grandmother was living out the final days of her life.

In January I spoke with my friend Mark about work, family, and the album that I still needed to release. Mark had worked with me on the earliest stages of The Road Trip Mixtape, guiding me through the fundraising progress and joining me as the producer on the first leg of the trip. Now, he offered me a job at his production company in Nashville, TN.

I moved out of the apartment in Bed-Stuy and headed towards Nashville, stopping in Detroit to record on the way. In exchange for my work, I was able to utilize studio space and equipment. I learned. Most importantly, I met friends and musicians who would help me to improve my work beyond where I could have imagined. And I kept sleeping on the floors and couches of friends.

In March, I was called with news that my grandfather was now ill as his wife had been. I returned to Ohio once more, and spent my grandfather’s last weeks with him and our family. I played him the tracks I had from the album, told him I had been accepted to graduate school, and thanked him for having given me the courage to make art.

I worked in Nashville through the mid summer before returning to my empty grandparents’ house in Ohio. There I recorded a second album with Jesse Samler and Margaret Phillips, who I met and collaborated with during my time in Nashville. This album will be released in the coming year.

In August, I arrived in Amsterdam. I have spent the time since mixing and mastering The Road Trip Mixtape when I have time off from class. I can’t believe it’s taken this long, and I can’t believe it’s done. In so many ways - financially, creatively, inspirationally - it clearly would not have been possible without the help of so many people. Friends, family, and total strangers gave support from infinite directions. They introduced me to musicians, gave me places to stay, fed me, and told me I should keep doing it.

Thank you all so much. Feeling more grateful than I can accurately describe, I offer you The Road Trip Mixtape. It is dedicated to everyone who helped me along the way, especially Grandmother and Blackie.


Together in the Morning

Mixed and mastered by Kevin Carafa

Written by Michael and Max Kortlander

Tracked by Mark Pasternack
Mixed and mastered by Max Kortlander

Bandcamp Daily  your guide to the world of Bandcamp